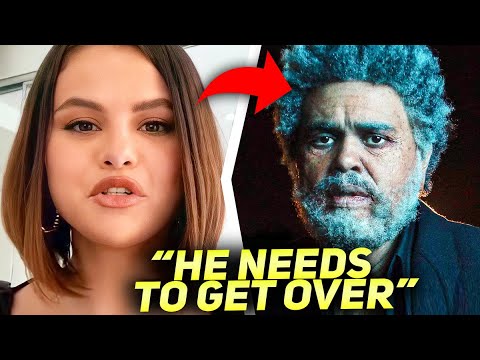 Selena Gomez Reacts To The Weeknd Exposing Her In New Song

The Weeknd started 2022 by dropping a remarkable album, and based on some lyrics, fans said that they could smell his ex, miss Selena Gomez! So, what did The Weeknd reveal about his relationship with Selena? And, did Selena respond to allegedly being referenced in The Weeknd’s album?

The Weeknd finally dropped his anticipated album Dawn FM and the concept was as expected, breath-taking. It’s a radio-inspired album that continues the cinematic aesthetic that The Weeknd always aims to produce with each new era and Dawn FM features old prosthetic makeup.

Related articles
Celebrity
Actor Dominic Pace will Guest Star on Navy: NCIS for CBS this Winter, as
Celebrity
The entertainment and lifestyle writer launches a pop culture podcast called ‘The Gist’ as